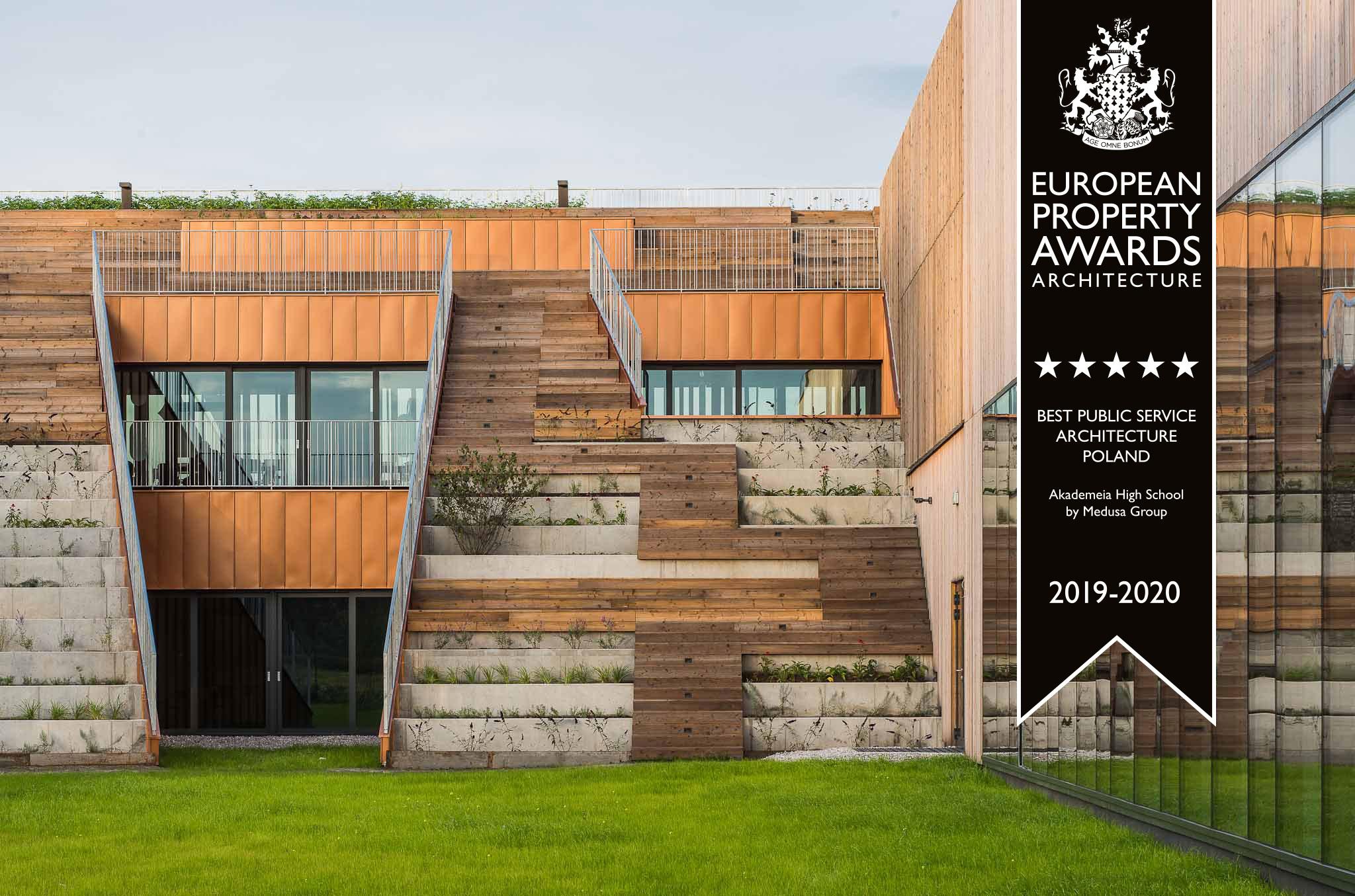 The International Property Awards are one of the most important real estate awards. A jury of over 80 professionals led by the so-called House of Lords, it has been rewarding investors and architects for the best architectural projects from around the world for over a decade.

During the 11th European edition of the poll, the Akademeia High School building received the Grand Prix in the category: best public service architecture. Winners were selected at a gala at the Royal Lancaster Hotel in London on October 24. The jury appreciated the originality of design solutions and the philosophy of the building that escapes the idea of typical educational facilities in Poland.

– The school is to attract interesting and ambitious people who would like to develop in different directions. The host company Tacit Investment was very conducive to ensuring that everything that happens around learning does not resemble typical solutions. Therefore, there are no benches in the building, everyone works in an oval table system, and teachers do not have a teacher’s room. We wanted to create an ambiguous, multi-functional and inspirational place –

The grand tribune on which school life is focused, a roof full of edible herbs among them beehives and telescopes pointing to the sky, a canteen reminiscent of a fashionable youth restaurant. These are just some of the places that make up this unusual building.

Students have at their disposal not only a professional space for academic work with modern laboratories, but also a place that provides them with rest and conditions for integration. For those who want to develop their talents, there are fully equipped studios: artistic, music room with recording studio, photo studio, theater auditorium and multimedia studio.

The facility creates a new category in its class, being an example of a harmonious combination of environmental requirements, technical conditions and architecture. The building is also fully ecological. In the LEED certification program, he obtained the highest Platinium level. This confirms that it is a sustainable facility with the highest standard of ecological and energy-saving solutions applied. Currently, only 64 schools in the world have received LEED Platinium certification, including only 8 projects outside the United States.

The European Property Award is another award for a high school in Warsaw. Previously, the project was recognized for its original architecture, aesthetics and innovative approach in the Green Building Awards competition. The facility also received the President of the Capital City of Warsaw Award for the best public building, it was also nominated for the Mies Awards 2019.